Meet Hank. He is McKeesport’s resident superhero. His superpower – helping fight blight alongside his neighbors. 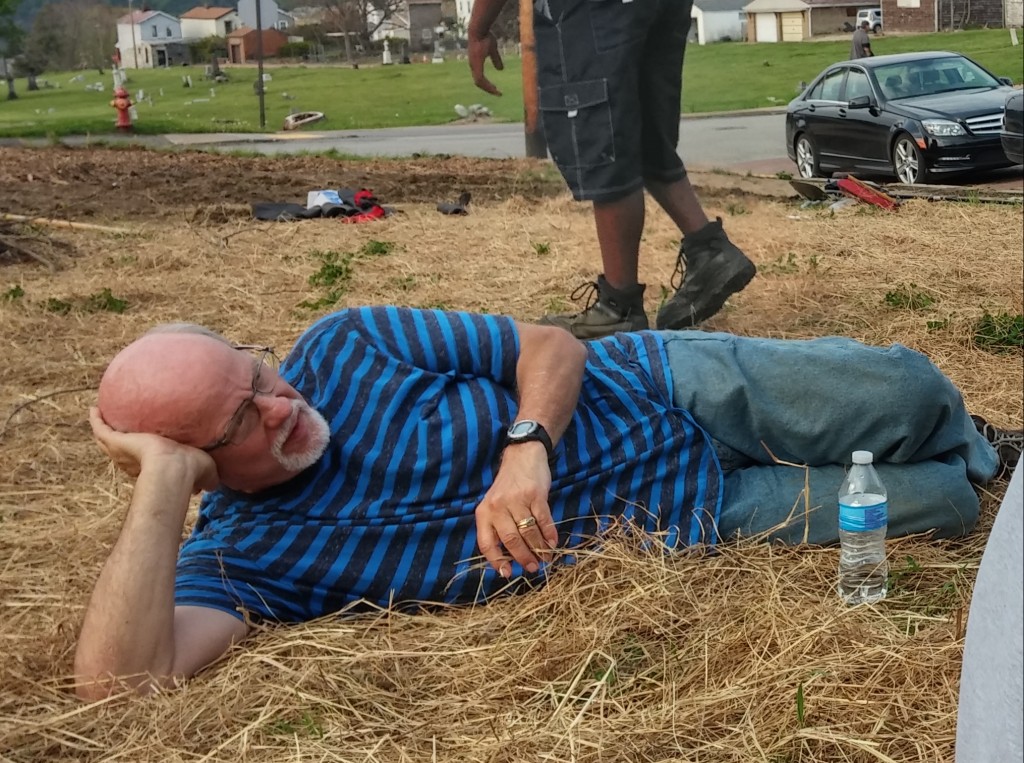 Here he is, taking a well deserved rest after a long evening of work on Shari’s site.

I met Hank for the first time last September at the McKeesport Dunkin Donuts. He came in for a quick interview and talked about his vision for a vacant lot near his home – a little park, in memory of his wife, with a volleyball court for his granddaughter and other kids in the neighborhood to play. After we were done talking, Hank went out to his car and came back with a bouquet of handmade wooden roses, which he handed to me. (I still have them on my desk).

But, sadly, Hank wasn’t able to do his vacant lot volleyball court. The lot he had his heart set on was privately owned, and though we tried, he wasn’t able to get access to do a project on it. So Hank gave up his spot in the Ambassador program to alternate Kim, so she could complete her project.

Hank continued to show up at every education session, despite not having a project. At the design session, he teamed up with Dana, who’s site is HUGE. He showed up early to help set up at the Youth Networking Event we held. He volunteered to sit at the table and check people in at the final networking event, where the rest of the Ambassadors presented their projects to the public.

Hank’s commitment to the program hasn’t slowed as the other Ambassadors have started implementing their projects in the past few months. He has been present at every volunteer day –except the one I forgot to tell him about. Consistently he shows up before the other volunteers and stays late to help clean up.

Hank working with Dana during the design session.

Hank with volunteer friends on a workday.

Hank planting a flower bed in May.

After a long afternoon of work.

Hank and a pile of mulch.

Taking a much deserved rest on a hot workday.

Hank and a volunteer.

You can always count on Hank. Whether it’s for kind words, suggestions or encouragement to the other Ambassadors, he’s always there, ready and willing.

Just the other week, Shari told us how she had been doing some work on her site in the evenings after work. Two nights in a row, Hank drove by, saw her working, stopped his car and got out to help. 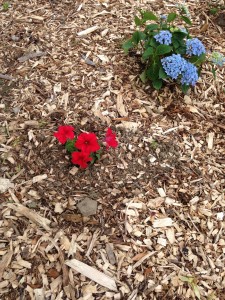 Want to be a superhero in your neighborhood? Sign up to volunteer.