Located in East Liberty, Sojourner House’s MOMS Program is an affordable residence program for transitioning single mothers and their children. The residence opened its doors in 2004, and later expanded in 2008. At that point there were over thirty children living in these homes, and the number was growing. However, there were no green spaces in the area for children to play in.

In 2008, GTECH partnered with volunteers from the Student Conservation Association (SCA) to build a fence, remove rubble, and plant canola plants on two vacant lots on the 5400 block of Black Street. The fall harvest was used to educate the community children around the production of biofuel crops. Starting in 2009, the site was transitioned into a play yard to serve the children who live at MOMS Sojourner House.  A Design Fund Grant enabled Burt Hill to design the space using recycled materials.  In 2013, GTECH received a grant through Heinz Youth Philanthropy to install additional features and support the ongoing maintenance of the space.

The MOMS Green Play Yard is now a place for interactive and educational play, essentially providing a safe and easily maintained ‘backyard’ for residents of MOMS Sojourner House and other families on the block. A model of urban re-use and renewal, this project is flexible enough to respond to the dynamic community while allowing its users to feel a sense of ownership. This project also encouraged residents to build a community food garden in an adjacent lot. 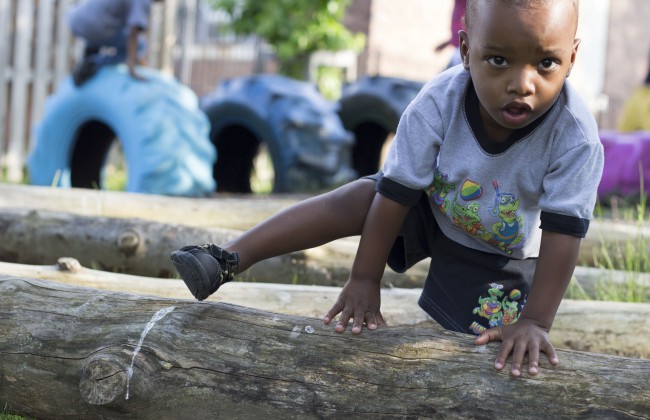 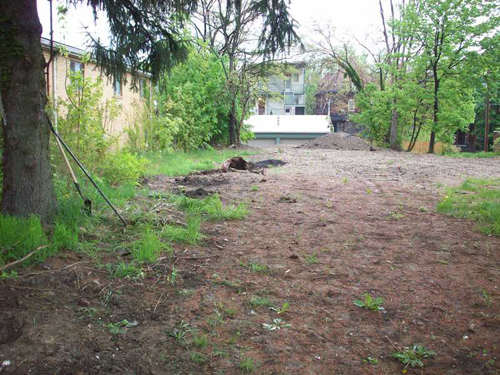 The Play yard is fun for all the neighborhood kids

Before: Vacant Lot in East Liberty next door to the Sojourner House in 2008.

The playyard was finished by 2010

Volunteers from CMU made the Play yard more colorful

In 2013, GTECH hosted activities for the children living in East Liberty’s Sojourner House.

New games and activities were installed in the play yard

After: The neighborhood kids love the tires.

East Liberty’s Negley Place is about to get a natural play yard where debris-filled lots once sat, thanks to Sojourner House MOMS. The MOMS program (which stands for Motivation, Opportunities, Mentoring and Spirituality) offers permanent, supportive housing for women and their children, aiming to break the … [read more]

We appreciate the funding provided by Heinz Youth Philanthropy and East Liberty Development Incorporated for this project.

Special thanks goes out to the many volunteers that made this project possible, including students from Carnegie Mellon University and Alexander Dawson School, the Community Intensive Supervision Project and Sojourner House.

In spring of 2013, GTECH was awarded a Heinz Youth Philanthropy Grant to engage the children of the Sojouner House in revamping the play yard and outdoor learning activities.