GTECH Strategies no longer picks up oil at Whole Foods, but Braddock-based Fossil Free Fuel does! 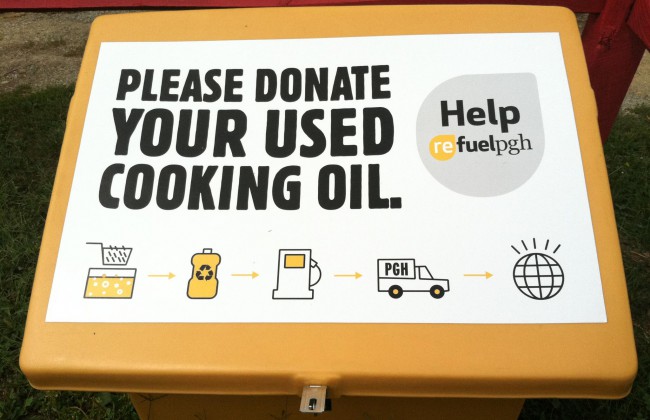 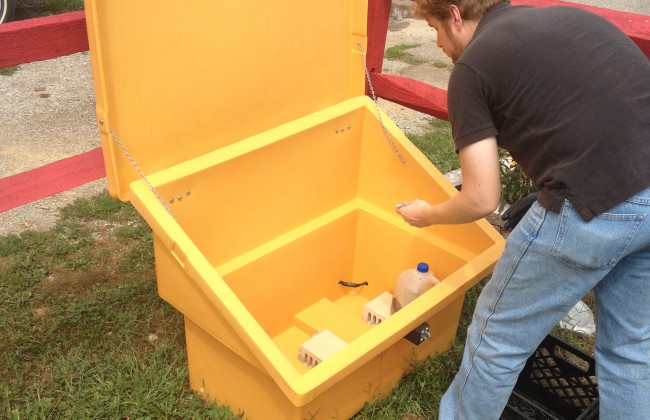 When vegetable oil in homes is not recycled, often times it ends up going down the drain. The oil clogs pipes which constricts our sewer system’s capacity during storm events and can cause ruptures. In Pittsburgh’s joint sewage and stormwater drainage system this results in combined sewer overflows, which releases unprocessed sewage into our rivers.

The bins are used to collect used cooking oil produced by households. Residents are asked to store their oil in a nonbreakable, seal container. All oil collected is guaranteed to go to the production of renewable biofuel, which produced 85% less emissions as a traditional fuel. It is a great example of how GTECH looks at turning a wasted resource into an end product that have long-term, positive environmental impacts.

Currently it is the only way in the city of Pittsburgh to recycle used cooking oil. See below for a map on where to take your used vegetable oil.